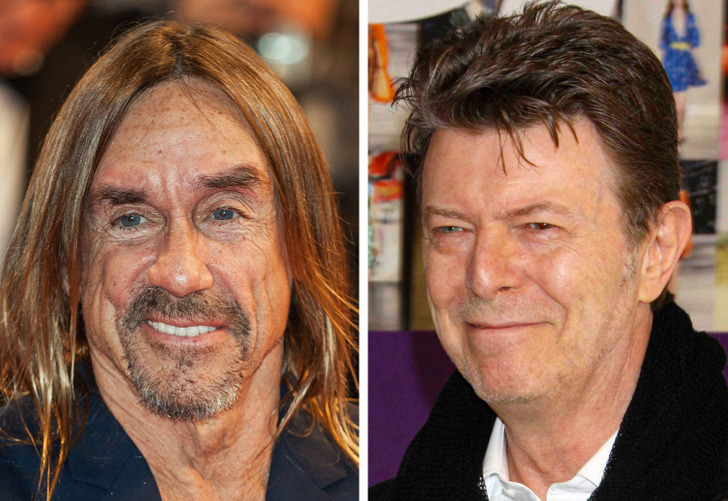 Undoubtedly, the main person in Iggy Pop’s life was David Bowie. Pop just stated it as simply as possible in one MTV interview, “David Bowie saved my life.” The story of their friendship begins in 1971. Going through difficult times, Pop really needed some kind of a benefactor and protector. “The friendship was basically that this guy salvaged me from certain professional and maybe personal annihilation — simple as that,” said Pop much later.

Bowie also managed to persuade Pop to take a 3-year break, during which he overcame his substance addiction and take some acting classes. After Pop’s band, The Stooges, finally broke up in 1974, he suffered a nervous breakdown and ended up in a psychiatric hospital. David Bowie was the only visitor who came to support his friend. No wonder Pop called the icon “the light of my life.”