The movie industry doesn’t stand still and releases hundreds of flicks annually. It would be naive to suppose that there won’t be similar works among them. Sometimes creators strive to repeat the success of a certain film and copy the plot. Other times, identical movies come to be almost at the same time, as a response to what was trending at the time. In the second case, it’s hard to understand whether one scriptwriter was peeking at the script of the second one or whether they had similar ideas accidentally.

We recalled movies that were released with a small-time gap and that look like 2 peas in a pod. 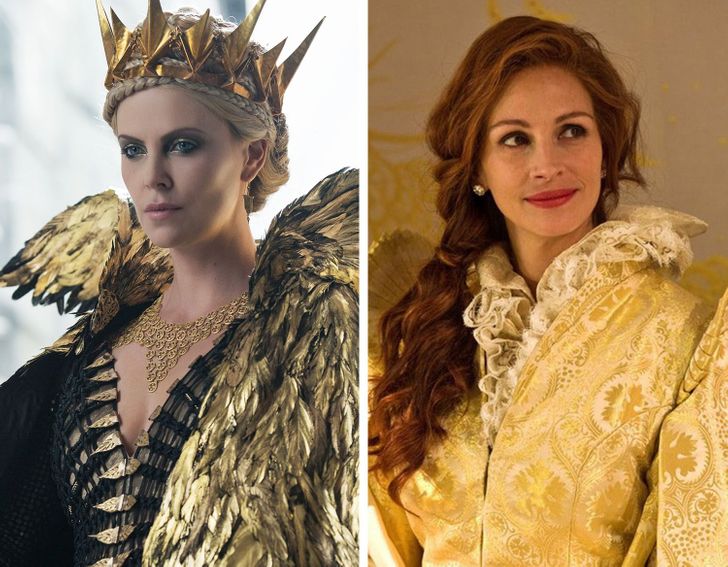 The year 2012 released 2 movies about the famous Snow White princess: Snow White and the Huntsman and Mirror Mirror. In both cases, viewers were shown an alternative version of the famous fairytale where Snow White has a strong personality and doesn’t need to be rescued by a prince. It is noteworthy that the stepmother queen in each of these flicks has an overwhelming charisma and almost overshadows the main character.